Cara had plans to visit one of her good friends who lives outside Columbia, South Carolina so the kids and I thought we’d tag along and see what the town had to offer. Friday night, after dropping Cara off, we went straight to Little Pigs Barbeque, NE of town. Good old school, down home, southern buffet.

Saturday morning we started downtown on a walking tour of the city. Our first stop was at the impressive South Carolina State House (Capital Building). From there we headed south to see the University of South Carolina. Working our way down Gervais Street we spent more time than I planned at the SC State Museum. The kids really enjoyed it.

After a late lunch at Mellow Mushroom, it was back on our feet to find Memorial Park, the world’s largest fire hydrant, Tunnel Vision mural, Never Bust Chain, and Woodrow Wilson’s childhood home.

In the evening, we headed back to our hotel near the Columbiana Centre Mall, took a short break, and went to see the Lego Batman movie. Afterward we ate a late dinner at Fazoli’s next to our hotel.

Sunday, before picking Cara up, we quickly scooted downtown to visit a few more places we couldn’t easily walk the day before. Our first stop was the USC football stadium, a nice facility but not easily walkable from campus. Next was the most enjoyable Canal and Riverfront Park. A nice walking path between the Broad River and Columbia Canal. The kids had a blast exploring the river bank and doing what kids do. We were running tight on time but I couldn’t leave without finding the Hootie & the Blowfish statue – something of a joke in our family. We were disappointed that is was not actually a statue of the band members themselves but found it nonetheless.

Our brief visit was nice. Columbia is a quiet town that was worth seeing. After touring it for a day and a half, we felt we saw most of what it had to offer. 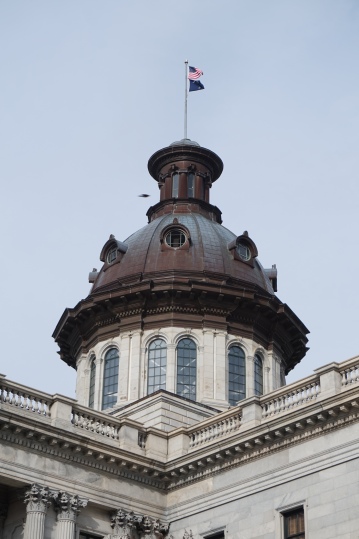 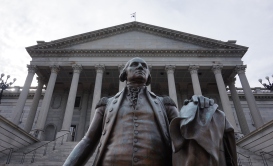 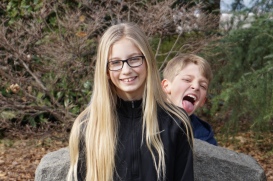 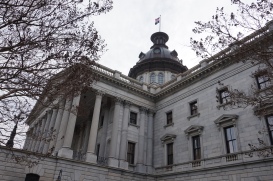 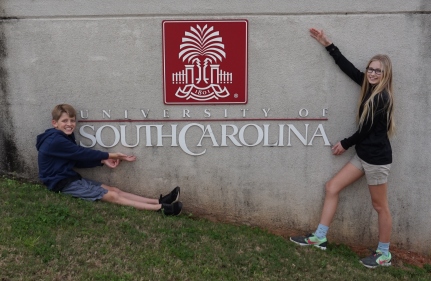 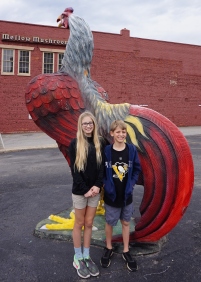 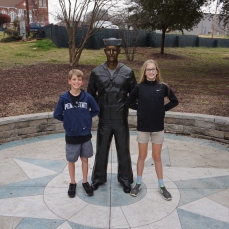 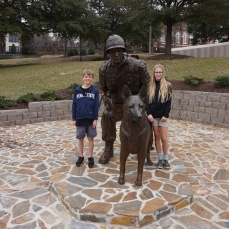 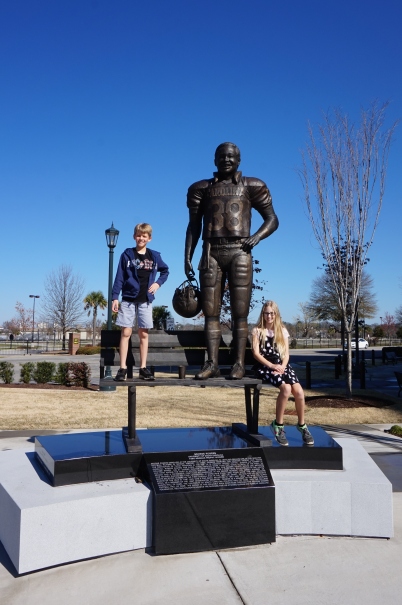 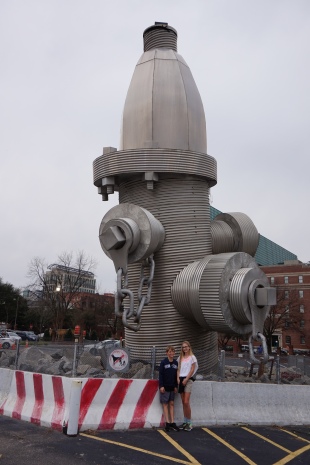 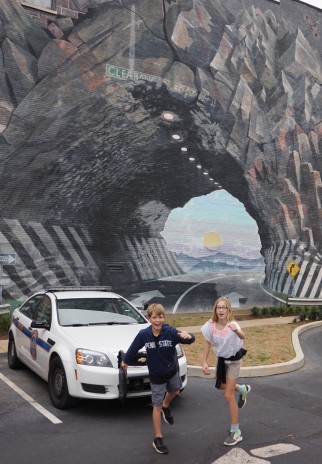 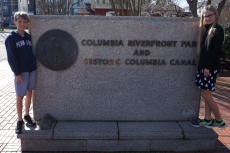 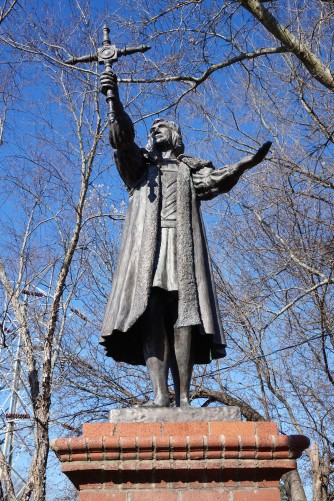 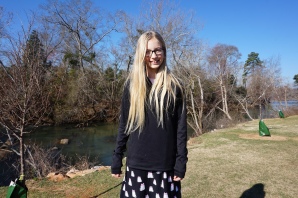 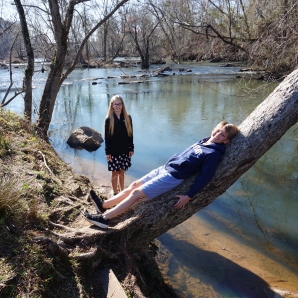 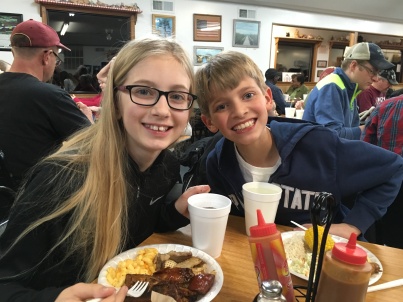 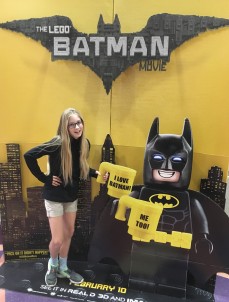 This entry was posted in Columbia SC. Bookmark the permalink.