Today we revisited Pearl Harbor and some of the state buildings in Honolulu. At Pearl Harbor, we visited the USS Arizona Memorial and the USS Bowfin Submarine. 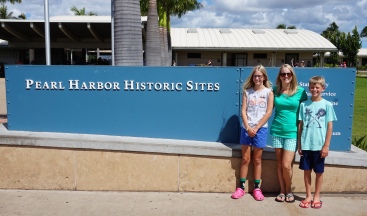 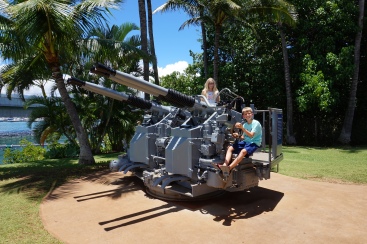 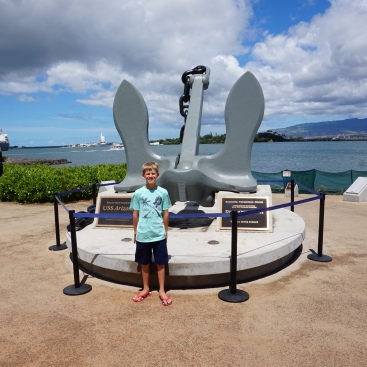 The whole family was interested in touring the submarine. My son and I went through it twice.

The film they show before the boat ride to the Arizona was helpful to put it in perspective for the kids. In 2015 we visited the 9/11 Memorial which was a reference point for them when discussing Pearl Harbor. I thought the film could have done a better job explaining why Japan shifted from an ally in the Great War to a provoking us in World War II and how Japan and the United States became close allies afterward. 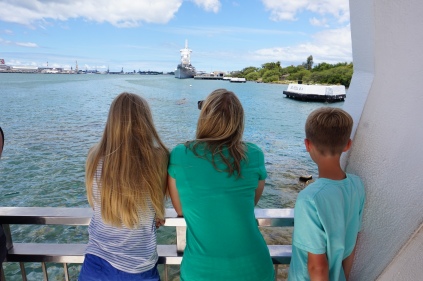 We were surprised to find Moe’s, a family favorite, for lunch. After a quick stop at Target for snacks for the upcoming plane ride, we drove by the Aloha Bowl and headed downtown to see the National Memorial Cemetery of the Pacific (aka the Punchbowl), Iolani Palace, King Kamehameha Statue, City Hall, and Hawaii State Capital Building. 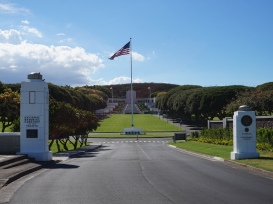 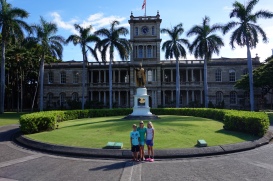 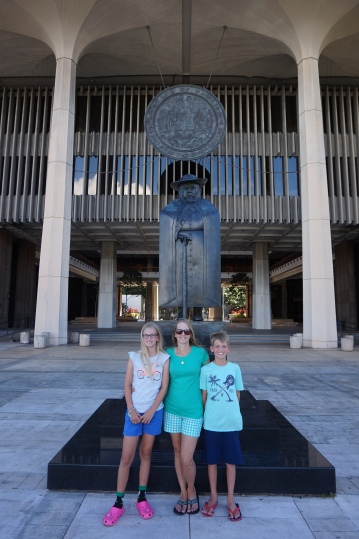 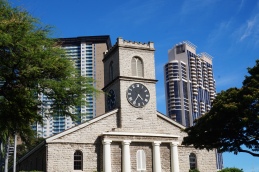 The day ended with dinner, some window shopping, and time at the hotel pool. Tomorrow will be the last calm day before the storm. We leave U.S. soil on Monday.

This entry was posted in Hawaii. Bookmark the permalink.