We completed our first road trip with a weekend in Brisbane. Our hotel was on the South Bank within walking distance of SunCorp Stadium and The Gabba. Friday night we saw the Brisbane Broncos defeat the Cronulla Sharks 32-10. Both teams are near the top of the rankings (ladder) this season. Saturday evening we saw the Brisbane Lions beat the Gold Coast Suns 142-83 at The Gabba. Both of these teams are near the bottom, actually the Suns are the worst team in the league. We have watched several National Rugby League (NRL) matches and Australian Football League (AFL) games on TV but these were are first live events. We enjoyed both but I must say the whole family better understood and had more fun watching NRL.

Before coming to Australia, I had assumed we would be most interested in the AFL. Maybe starting our experience in Queensland during the State of Origin series has tainted our opinion but we have gravitated to League over Rugby (Union) and Aussie Rules Football. We now have a basic understanding of each but when a country calls four different sports, including soccer, football, it can be confusing. Ironically American football is not called football, it’s “gridiron”.

In October, we have plans to see Australia’s Wallabies take on New Zealand’s All Blacks – the most famous rugby team in the world. We are looking forward to that. 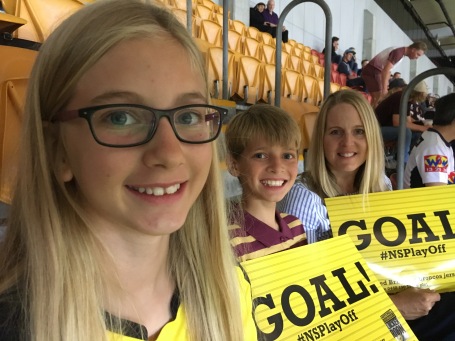 The Gabba – Home of the Brisbane Lions