Since we could not be with family for the Thanksgiving Holiday, we decided to do something special. We took a three-day trip to Bundaberg, Queensland to see the loggerhead turtles nest. Bundaberg served as a good location to explore the area.

Mon Repos: Loggerhead turtles, featured in Finding Nemo, are an endanger species. They estimate only one in one thousand hatchlings survive long enough, 20-25 years, to produce eggs. Pacific loggerheads nest mainly near Australia’s Great Barrier Reef and several islands of Japan. We visited them at Mon Repos Conservation Park, 15 km north of Bundaberg. The beach is protected and can only be accessed with guided tours. The turtle encounters are scheduled to start at 7 PM however the turtles can arrive anytime at night… if they come at all. We were lucky and only had to wait till 9. The turtles are extremely sensitive to light so our group walked along the beach in complete darkness. There was one short period when we could take pictures. We all enjoyed seeing them and learned quite a bit. 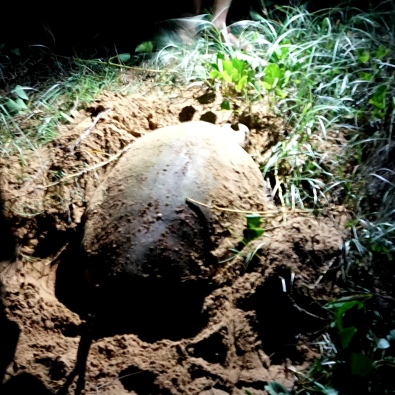 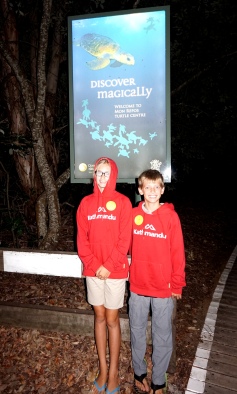 Bundaberg: Bundaberg, or “Bundy”, is on the Burnett River near the southern tip of the Great Barrier Reef and north of Fraser Island. The town of 70,000 is vibrant but more functional than an attraction. 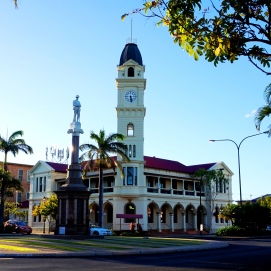 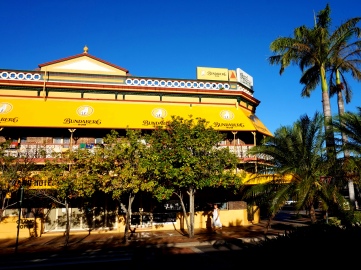 We became aware of Bundaberg as a result of Australia’s best known nectar, Bundaberg Rum. The distillery was started in 1888. Their off-beat TV commercials and mascot, a polar bear, stood out to us. Given all the unique animals found only in Australia, they chose a polar bear?! It was intended to imply the rum could ward off any chill.

We also knew of the Bundaberg Brewed Drinks sold in local grocery stores. We had always assumed they came from the same company as the rum. It turns out Bundaberg Brewed Drinks is a separate company started down the street in 1968. The most popular seller is their ginger beer. We arrived too late for the factory tour but they did give us a free taste test of all their drink flavors, including Royal Crown Draft Premium Cola which is only sold in one location in all of Australia – the factory store. It is exported to New Zealand. I could not get a straight answer if it is related to Royal Crown Cola of the USA or if it is a copy of the old American classic. 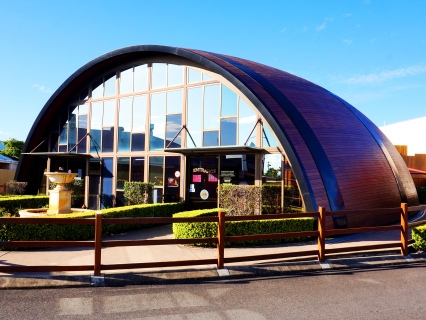 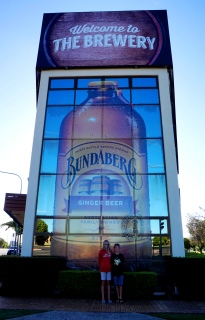 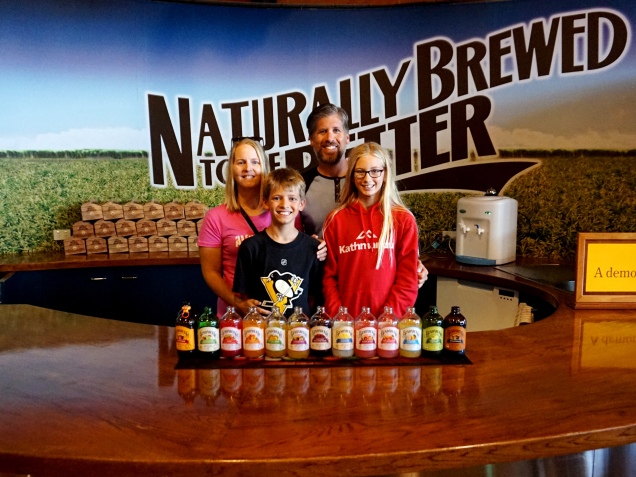 Seventeen Seventy (1770) and Agnes Water: The neighboring coastal towns of 1770 and Agnes Water are about 130 km north of Bundaberg. The area primarily serves tourists visiting the coast and provides port access to Lady Musgrave Island on the Great Barrier Reef.

The town of 1770 is named after the year Captain James Cook landed in Australia. Despite what you might assume, Captain Cook’s first steps on Aussie soil where not in 1770. This was his second stop. They were not in Cooktown (in Northern Queensland) either; that is where his ship grounded for repairs after damage suffered on the Great Barrier Reef. He first landed on the shores of Botany Bay in New South Wales. 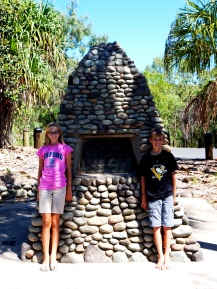 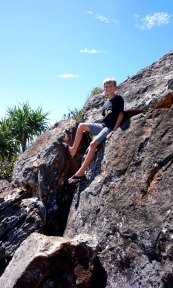 Fraser Coast: On the drive back from Bundy, we took the scenic route through Tuan State Forest along the Fraser Coast. Stops included Tin Can Bay and Rainbow Beach. 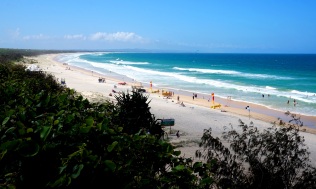 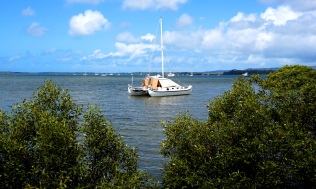