On our drive south between Rotorua and Palmerston North we spent the day in Tongariro National Park. After a picnic lunch in the small town of Ohakune, we spent the afternoon hiking in the park.

First we hiked the Waitonga Falls Trail, about 75 minutes of medium difficulty down to the base of the falls. Nearly back to the trail top we heard what we thought was Waitonga Falls but it was actually another waterfall. The viewpoint was not signed and a bit dangerous. A short drive up the park road was the car park for Mangawhero Falls. The designated lookouts are a short walk. Both falls are impressive and definitely worth the time. 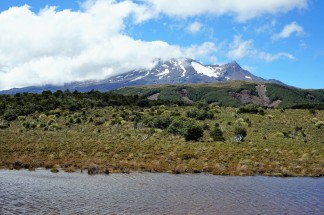 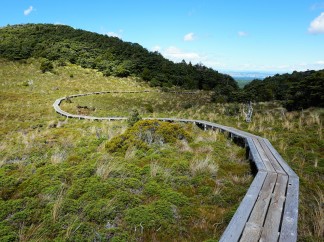 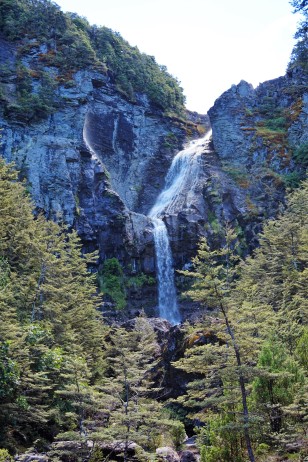 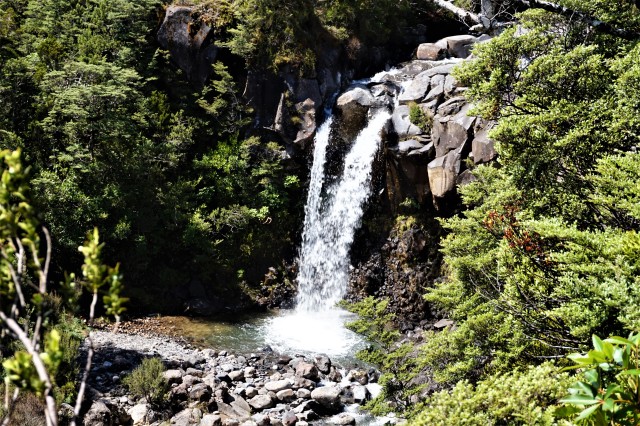 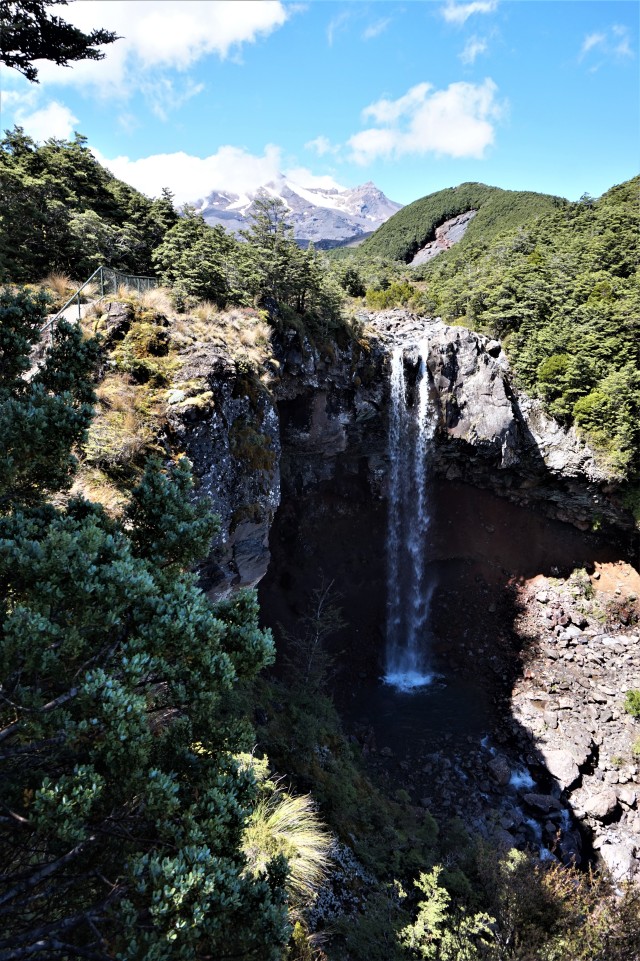 Our last hike of the day was on the Ohakune Old Coach Trail from Marshalls Road to the Hapuawhenua Viaduct. The entire trail is 15 km and follows the old North Island Rail Line. The trail uses the old rail bridge which we enjoyed walking across. While the old rail sleepers are tightly spaced it is a bit unsettling to look down between them. There is much more to do in Tongariro National Park and could have easily spent another day in the area. 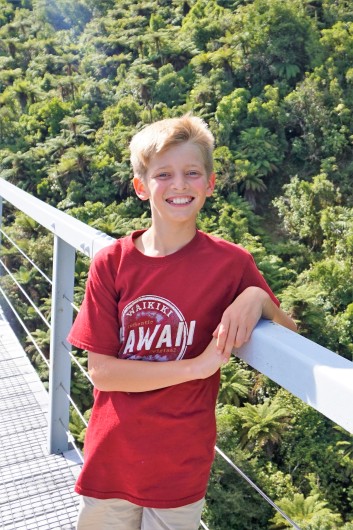 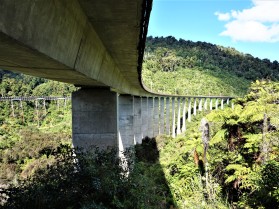 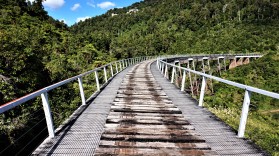 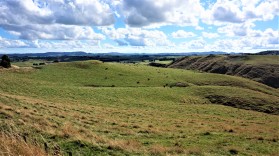