Instead of flying we took the Interislander Ferry from Wellington to Picton. The ship crosses Cook Strait and takes 3-1/2 hours from dock to dock. The seas were a bit rough in the middle and smooth on both ends.

The first afternoon we drove from Picton to Nelson taking the scenic route along the coastline from Picton to Cullen Point. Nelson was a nice small town with everything we needed to stock up for the trek down the West Coast.

The next day we continued down Route 6 to Greymouth. The first half of the drive was through a countryside with more cows than people. The second half snaked along the shore and edge of Paparoa National Park. Greymouth was another nice-sized town to spend the night and get a good meal. Before arriving in Greymouth we stopped at the Pancake Rocks and Blowholes, more about that next post. 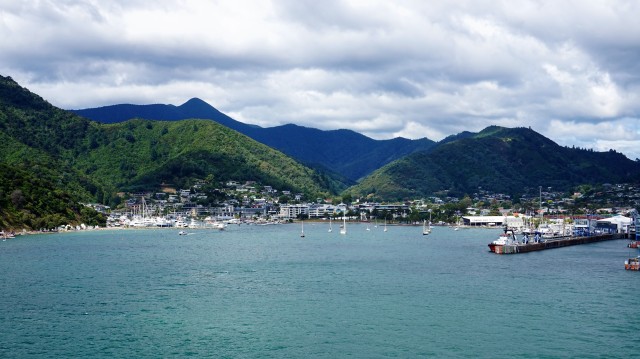 Town of Picton, Gateway to the South 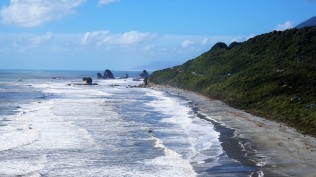