In a country full of stunning places, Crater Lake in Crater Lake National Park is one of my favorites. The views of this striking deep blue water and surroundings are more spectacular than these pictures could capture. 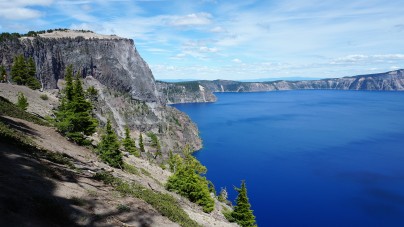 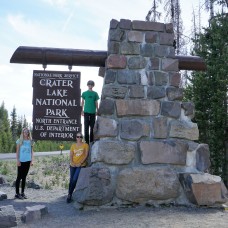 Crater Lake National Park was the fifth established in the United States and the only national park in Oregon. It is the deepest lake in the United States and ninth in the world. It has no rivers flowing in or out of it; instead it fills from the surrounding mountains at a rate enough to offset evaporation. The West Rim Road from the North to South Entrances was open but unfortunately we were too early in the season for the East Rim Road and The Pinnacles, both still snow covered. The park gets an average of 43 feet of snow each year!