Our travel from Fox Glacier to Te Anau felt more like an evacuation than a road trip. We had been nervously watching the track of Cyclone Gita. Our campsite in Fox Glacier could be hit hard so we got up before the sun and drove hard to get as far south as we could before landfall. We made a few stops along the way but mostly kept pushing south. Between narrow roads, rain, road construction, and campers, the drive took all day. In the end, we arrived at our cabin in Te Anau while Gita hit the West Coast causing most of its damage along the path we took from Picton to Greymouth just a few days ago. Over night the storm produced snow in the mountains we passed through the day before.

The first full day in Te Anau was a wash out. We used the day to relax and get ready for the next two days. No complaints though, TV news reported storm damage throughout the middle of the country including the areas we just spent the past few days. The next morning dark skies broke and the sun came out. We took advantage of good weather and explored Fjordland National Park.

Fjordland National Park is an amazing place. When we thought of New Zealand, this is what we imagined. A truely beautiful place, the park has plenty for any nature lover. It has several multi-day trails however we are not equipped to do them. We, like the majority of visitors, stuck to the park’s readibly accessible highlights. The Te Anau-Milford Highway is the main spine of the park with the most popular sights located along it.

Here are a few places we visited, with more to follow. 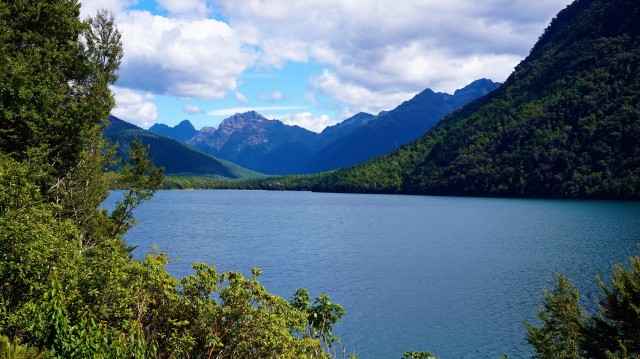 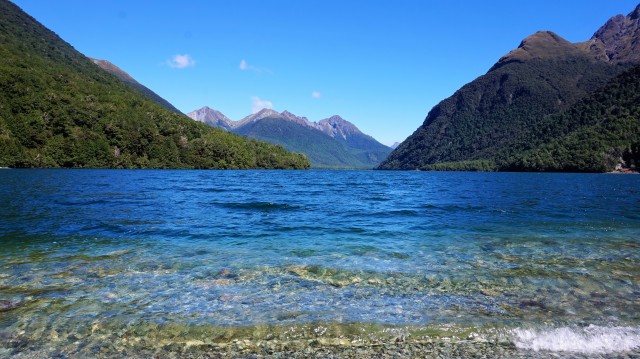 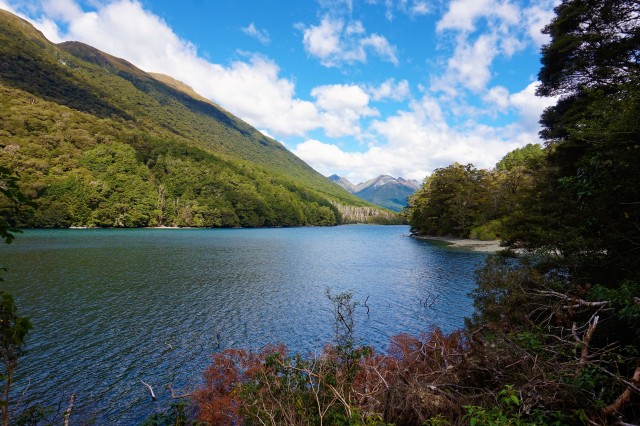 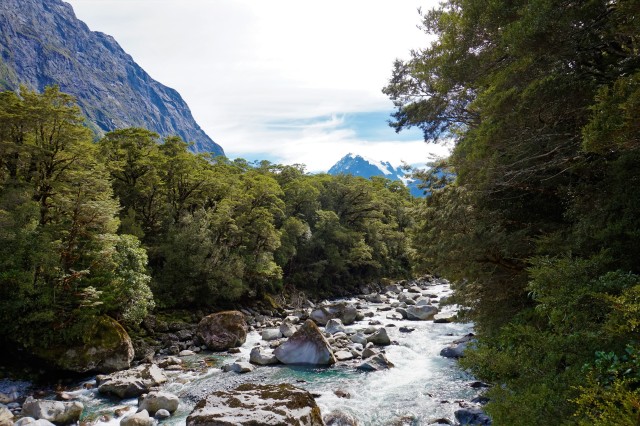