On our way north from Manchester, we stopped in the town of Burnley to see the Burnley FC Stadium, Elle’s favorite team. The stadium was under construction so we did not get to see as much as we would have liked but we did stop in the gift shop and got her a goalie jersey and yet another soccer ball for the collection.

The main attraction of the day was our tour through the Lake District National Park. The Lakes was busy with tourist. It is a very nice area to spend some time. Our only complaint was much of the accessible waterfront property on the east side of Windermere Lake was owned by businesses so there were long stretches that we could see. Where we could, we enjoyed stopping for pictures, taking a short hike, and skipping rocks. We had lunch in Windermere and stopped in Ambleside, both quaint little villages. We kept travelling north past Thirlmere Lake and then took some scenic back roads to Carlisle.

East of Carlisle, we made our third major stop at an access point to the Hadrian’s Wall Path. Hadrian’s Wall was a fortification built by the Romans from the East Coast to the West Coast to protect the Empire from the barbarians to the north. Portions of the wall and associated structures remain. The section of the trail we found was not at all what I expected but we thoroughly enjoyed it for different reasons. The trail took us through a farmer’s field of sheep, across railroad tracks, over a bridge, through the woods, and almost all the way to Grandma’s house. The ruins we found were not that impressive but the kids had a blast with the sheep and we enjoyed the bizarre hike.

We were not on the highway long before we crossed into Scotland. Not too much longer after that, we decided the highway was not seeing Scotland so we took and exit and meandered through the rural back country toward Edinburgh. The driving was a bit intense at times but the scenery was amazing.

We arrived at our hotel west of Edinburgh where we will stay for three nights and walked to get a late dinner. 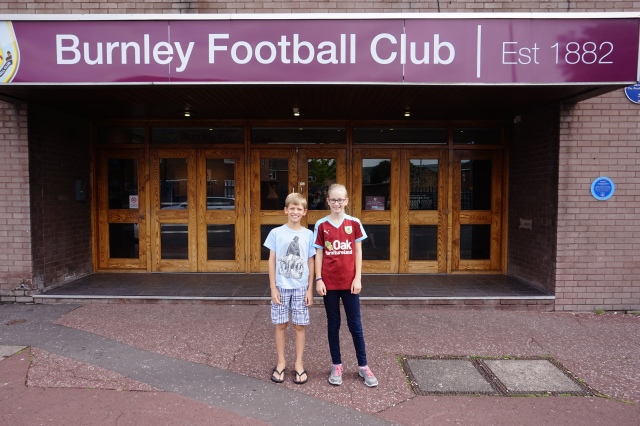 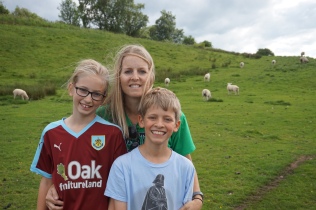 1 Response to Manchester to Edinburgh, Scotland